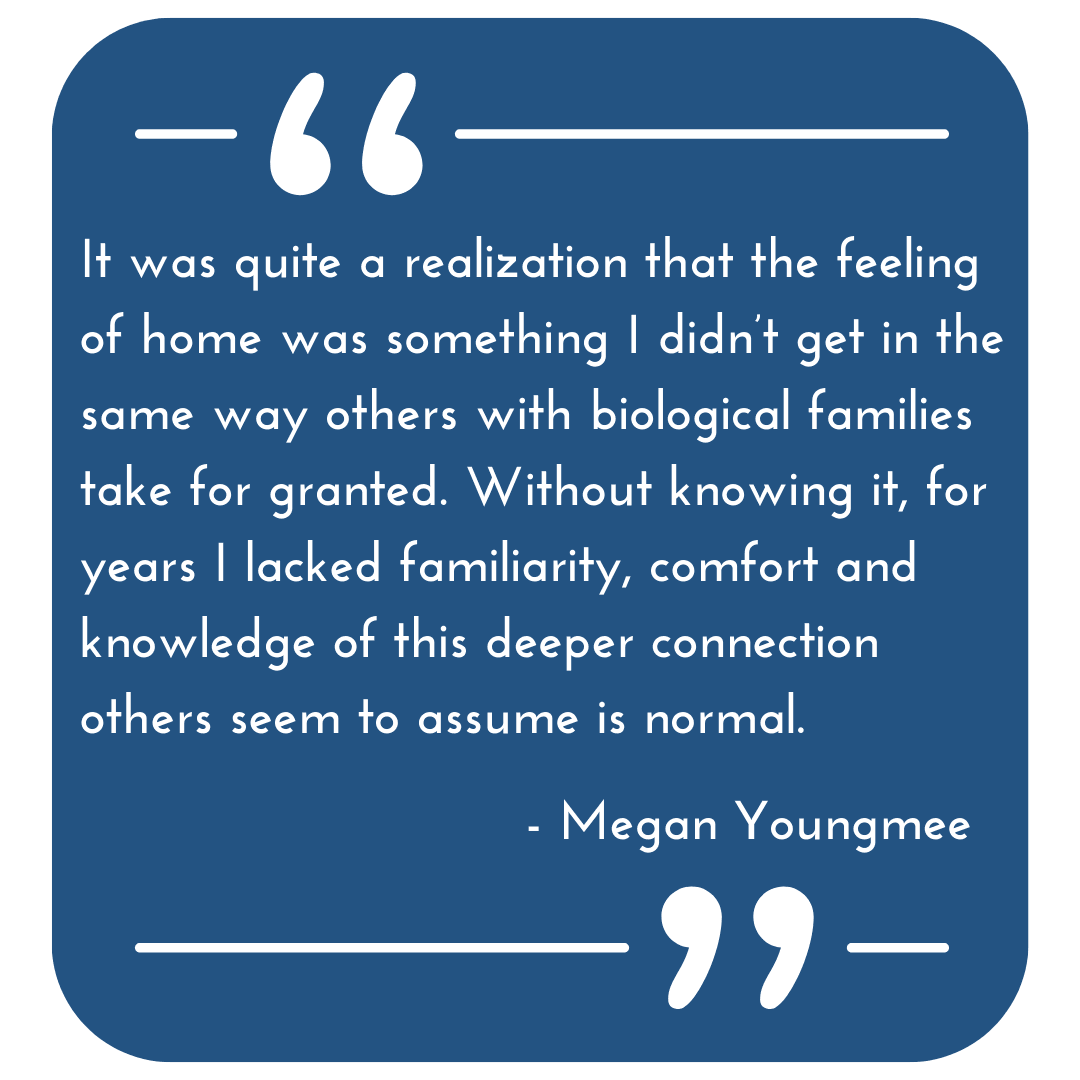 You may not be familiar with the term genetic mirroring, but if you grew up around people you share DNA with, you’ve spent your whole life immersed in it without even thinking about it. When a baby is born and someone exclaims that she has her father’s eyes, that’s genetic mirroring. When people tell a creative child his grandmother was also an artist, or a teenager that her freckles are exactly like her cousin’s, that’s genetic mirroring. Simply put, genetic mirroring is being able to see yourself in the family that surrounds you because of your shared DNA, providing a basis of familiarity to your cultural, racial, and ethnic roots. It is one of the fundamental building blocks of identity, being able to see elements of yourself in other people, and to hold that kind of connection. Genetic mirroring is a roadmap to one's past, present, and future selves.

I was adopted aged 1 month old in a DIA, domestic infant adoption. I never had any genetic mirroring. I loved art but never knew where the talent came from. I have freckles but had no idea who I got them from. When I had my children they were the first biological relatives I ever had. I've met some biological family members since and know some answers about me and why I am the way I am. - artymaggie

But genetic mirroring is more than just pointing out similar characteristics between family members: it is also a way of expressing love, and a way of confirming that we belong to something greater than ourselves. When parents point out to their biological children the similar traits they share, it reinforces the connection between the two of them, giving them constant bonding opportunities as each new shared trait is recognized. It's a way of saying, we belong to each other. And even if the shared trait isn’t perceived as a positive one, such as being quick tempered, sharing that trait with a group of other people still lets us feel connected and affirmed.

Last August I came into reunion with my birth mother's family. I felt like I was "home"… I always had a strong tendency of altruism, while my adopted parents and sister do not. My birth siblings are very altruistic and have professions that reflect that (pastoral, social services). I also find my mannerisms are so similar to my birth siblings it blew me away. - honeybeedee

Biological family members are a roadmap to the future self. There is a certain comfort in being able to predict how your face will age, or how your talents might carry you through the world. For adoptees without access to genetic mirrors, it isn’t just their current sense of self and identity that is impacted; it is also the ability to see how their future might be shaped.

It’s good to know, or at least see, the physical reflection of your genetics in another person. It is something that I grew up never having, but now that I have experienced it, I would never trade it for the world. Those who are adopted can understand that moment when you first see someone other than yourself in a mirror that has your cheek bones, your eyes, your chin. It is something that someone who isn’t adopted probably can’t relate to or understand, but it changes the way you look at the world. Now there is someone else like me. Now I know who that person is. I know where I fit on this planet and I don’t feel so lost, so out-of-place anymore. - The Atlantic, Adoption Stories

Genetic mirroring is how we formulate both our sense of self, and how we fit ourselves into the greater world around us, and for adoptees, the loss of genetic mirrors means they must formulate identity in a vacuum, without an innate biological connection to their family. For many adoptees, their first experience with genetic mirroring doesn’t come until they are parents themselves: their children become their first genetic mirror. Adult adoptee Megan Youngmee, when writing about her own experience after becoming a mother, says, “It was quite a realization that the feeling of home was something I didn’t get in the same way others with biological families take for granted. Without knowing it, for years I lacked familiarity, comfort and knowledge of this deeper connection others seem to assume is normal."

In the adoption constellation, we talk a lot about making sure adopted children have racial and ethnic mirrors growing up; that they are never in the position of being the ‘only one’ in their world, and as many of our Activism in Adoption speakers have said, it is crucial that transracially adopted children have ready access to communities that look like them.  But we don’t often talk about the need for genetic mirroring as well.  This need, the need to build a sense of self and identity that is rooted in familiarity and connection, is why it is crucial that adoptive parents put in the time and effort necessary to make open adoption work, for the sake of their children.