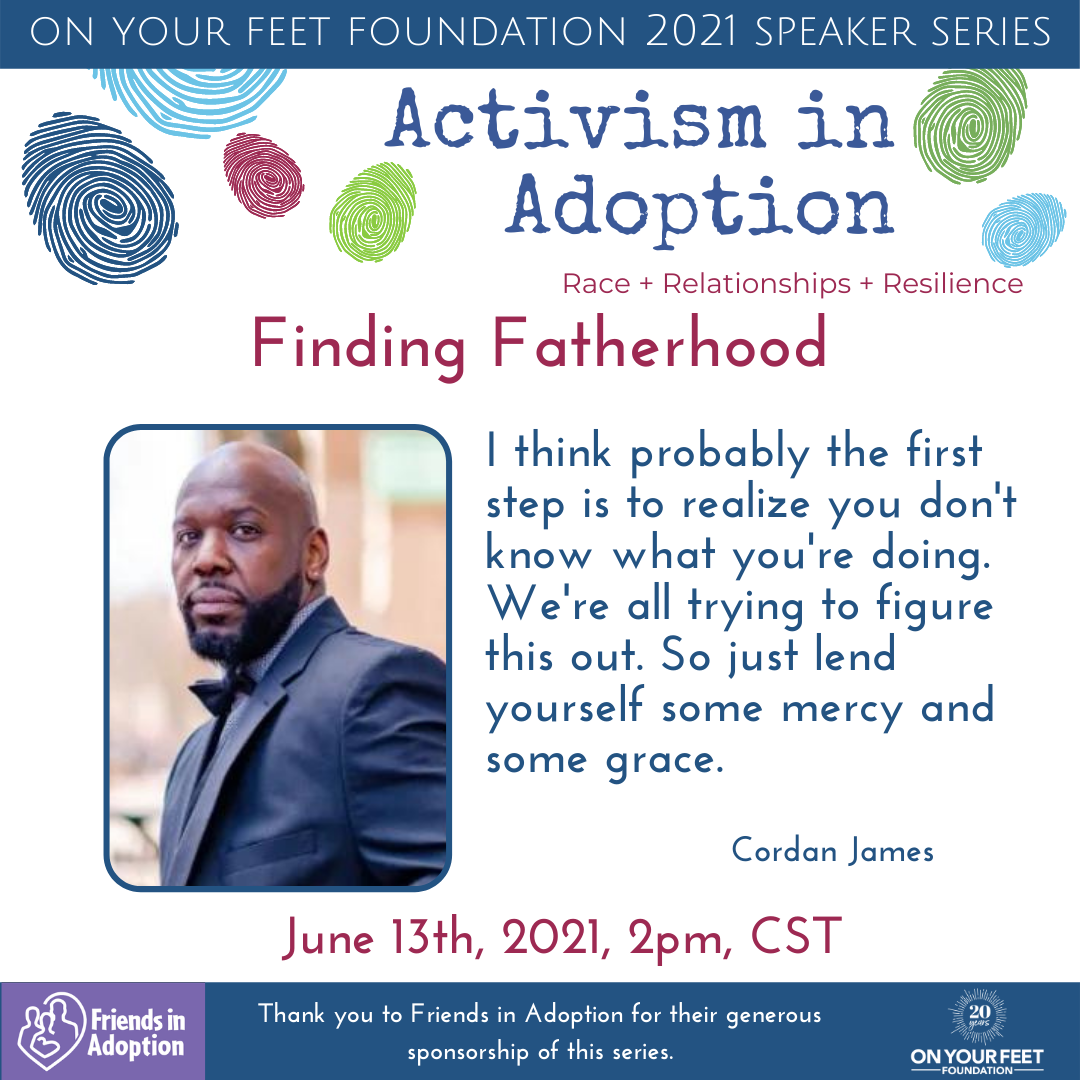 Drawing on his experiences as a former foster care kid, an adoptee, and a father, Cordan brings his unique perspective to his work, and we are very grateful that he agreed to join us as our June Activism in Adoption speaker. We had the opportunity to sit down with him last week, to unpack his mission and to talk about fathering, and this week, we are talking about the intersection of race and adoption.

How do Transracially adopted people develop a sense of identity, or racial identity, growing up in a white household? What can parents do to support that development?

The best eway to approach the topic, I think, is to sit down with your child and ask them, what are you feeling about this? I don't think I would start that conversation. I think I would probably let my child educate me on what they're feeling, and where those feelings stem from, and what kind of things are important to them, and just handle it on a level that it's important to them. There’s a lot there is a lot of misinformation out there, and we can go read articles and see the stuff that's going on, but what's directly affecting your child is what's going to matter the most.

We are so grateful to Cordan for coming to speak at Activism in Adoption. To join us in exploring Fatherhood in adoption this month, tickets for June's Activism in Adoption talk are now on sale, and potential adoptive parents can earn adoption education credits for their attendance. To learn more about Cordan, visit his web site, or find him on Facebook or Instagram.