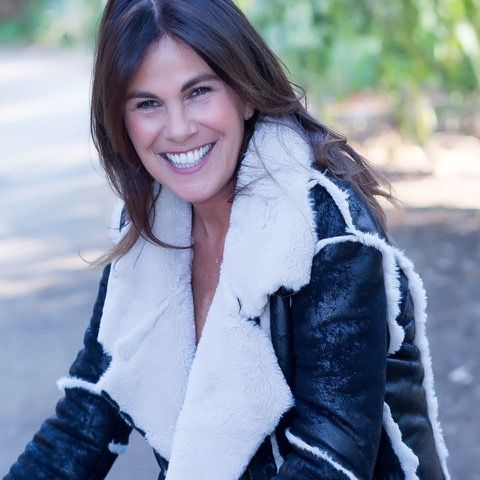 We had the good fortune this week to be able to sit down and talk with Liz Pryor. You may know her from her work as an advice columnist, her time on Good Morning America, her Tedx talk, or her recent speaking engagment as part of our Activism in Adoption Speaker Series,  or her first book, What did I do Wrong? When Women Don't Tell Each Other The Friendship is Over.  But it was after we read her second book,  Look at You Now: How Keeping a Teenage Secret Changed My Life Forever that we had a better understanding of the ways in which women hold their secrets and are burdened by them, and we are so grateful she was able to free up some time to talk.

You kept your secret for 38 years. In the afterward of your book, you talk about wanting to stop keeping that secret because your children were getting older, but you could have told them without writing a book about it. What was the catalyst for taking that secret and writing the book?

I was interviewed by a famous psychiatrist  who said, it's very, very common when you have a secret this size, to decide to proclamate it in this grand way. It wasn’t like, “I don’t want to tell this story 9000 times,” but that is one answer – you want to know what happened? Read the book!

I'm a writer, and I hate to say this, but, it’s just a heck of a story. I mean, the whole thing can resonate in so many different ways.  I think the answer to the question is, it felt to me like I wanted to face this in one fell swoop. I have a lot of family members. And you know, nobody has ever asked me that,  but I have thought it many times:  “Of course  you didn’t have to write a manuscript – you could have just  actually sat down with your whole family,” but I think the book element of it was more a tool; a process that I really needed to go through in order to be okay and be able to stand behind this. And I think I was subconsciously, genuinely trying to protect myself, and do right by me. And that is something I haven’t always done. Obviously, I have triggers to hearsay, gossip, and speculation, so maybe the only way that I felt truly safe in telling the 100% truth of this story is to write it down.

Did you hear from anyone that knew you back in high school after you wrote the book? Did anyone try to reconnect with you?

So many people said, Gosh, Liz, I am sorry I was so clueless. It was a lot of, I just didn’t put two and two together, and then there was a lot of, I'm sorry I behaved the way I did. A lot of that.

I talked about it in the talk [Liz spoke at our Activism in Adoption Speaker Series, and you can also watch her Ted Talk about this topic], you know, shame, which is really what we are talking about. Shame doesn’t go away because you write a book and it doesn’t even go away because you’ve done a thousand interviews. It’s a process. I never did feel like one moment of, “Ok, wow. I’m done. It’s out.” It has been a process, and it is still a process for me.

I do feel since this whole thing came out and since I’ve been so public --  you know, obviously, I was brainwashed as a child to imagine that the last thing in the world I wanted to be was the girl in high school who had the baby -- and as I was writing the book, I actually feared that. That this book would somehow define me as that. So I kind of had to go deeper, and trust that the messaging of the book, the authenticity of the book, the truth, the no pointing fingers, the no judgement, would save me from that, and that people would feel and journey the bigger message, which is, you’ve got to learn how to stand behind who you are.  I feel like this experience, without a shadow of a doubt, really changed me as a human being. I mean, fundamentally shifted my soul. I am sure of it. I don’t think I knew that at the time.  If not for this experience, I would  never be the mother that I am.

Your book – your story – has a lot of hard truths in it, and judgment is a major theme. Where do you find your strength?

I have been accused my whole adult life of being someone who seems to not judge, and I hear that from all angles. There are people who are close to me who, at one time or another, sort of individually comment [about that]. But recently, I’ve been kind of looking at it, and wondering, this lack of judgment is palpable in another human, we know that. You know when you are being judged, and when I talk about judgment – we all know you aren’t supposed to judge, and we know when we see a particular thing, or person, we have a thought and then we will get mad at ourselves and say, ‘don’t think that. The kind of judgment I am talking about is visceral. It’s way deep down inside of you, and I do think that perhaps my eyes are a little different, because of this particular experience. I really do mean it when I say, I don’t really look at anyone or anything and presume to know anything.  I just don’t, and I think people feel that.

My best friend says, you know, do your children have any idea that you really don’t judge? So that’s something that I think, maybe since the book, I have been more cognizant of -- that transformation, and my impact -- but definitely I have always been someone who was probably put on the planet to be able to communicate, disarm, and help guide. I just know that’s who I am. This story, really, gives me credibility. It disarms people. That is my claim to fame, in my heart, is that I never feel, speak, or stand above the viewer, the reader. You know, I am them.

What is the one question nobody ever asks you about your birth mother experience that you wish they would ask? How would you answer it?

I’ve done [hundreds of] interviews, and I am always challenged by a good new question. I speak in college writing classes and once, some girl raised her hand and said, I’m sorry. It’s really hard for me to believe that I can read this book and that you stand here today with no anger toward your mother. This is a very touchy subject, and I am so comfortable with it, but with this girl, she said, because, what mother does that, and leaves their child in a place like that, this wasn’t a hundred years ago, this is unforgivable. And she went on to notice some other things about Dorothy that, you know, made her prickly, and when she finished, I said, “how’s your relationship with your mother?”

This is what I’ve found. It’s like a Rorschach test. You know, I have given you what happened, I have not commented on it, and I really don’t have anger or resentment or un-left stuff with my mother. I pretty much understand, from her point of view, why she did everything she did. But many people read the book and they can’t stand her. And then a lot of other people read the book and they really feel for her – she was left by her husband, she had 7 children, she had twins beneath me --  so the Rorschach part is, it depends on your personal experience as to how you receive Dorothy, or even Liz? It’s my mother – I feel very protective of her. That is something that someone has never asked me: how protective have you felt of your mother, throughout the authentic telling of the story, and all the interviews, and having to defend her. And many people I don’t have to defend her to – she’s a very real, multi-leveled character. There are moments in the book when you cringe, and there are moments in the book when you think, “Gosh, she loves her daughter – She’s doing what she feels is the right thing to do.”

What advice do you have for people who are struggling right now?

I like to say that I am the Queen of the Dark Clouds. I mean, what have I done in life? Mastered the art of adversity. And yet – and I really feel strongly about this – life is really, really hard. And it’s just uniquely hard in different ways for different people. The most important part of my work is about getting through it, about, finding ways, and muscles inside of yourself, and all the things that you need to get yourself through whatever it is that’s hitting you. Everyone is having to face themselves right now, because we’re pretty much quarantined, and I like to imagine that, if life’s a game, the point of the game is to find as many slices of ease and joy as you can. That’s the point.

However many slices you can get. The person that gets the most ease and joy is the winner. There is no there, there. There’s never NOT going to be difficulty, But know that you can, and you will. Think about the people you enjoy the most in your life. I would vouch to say that they are people that, when you are around, you feel the joy, and the ease.

Liz Pryor's second book, Look at You Now: How Keeping a Teenage Secret Changed My Life Forever was optioned by Sony Television. She recently reunited with her firstborn child, and is writing her next book, a sequel.