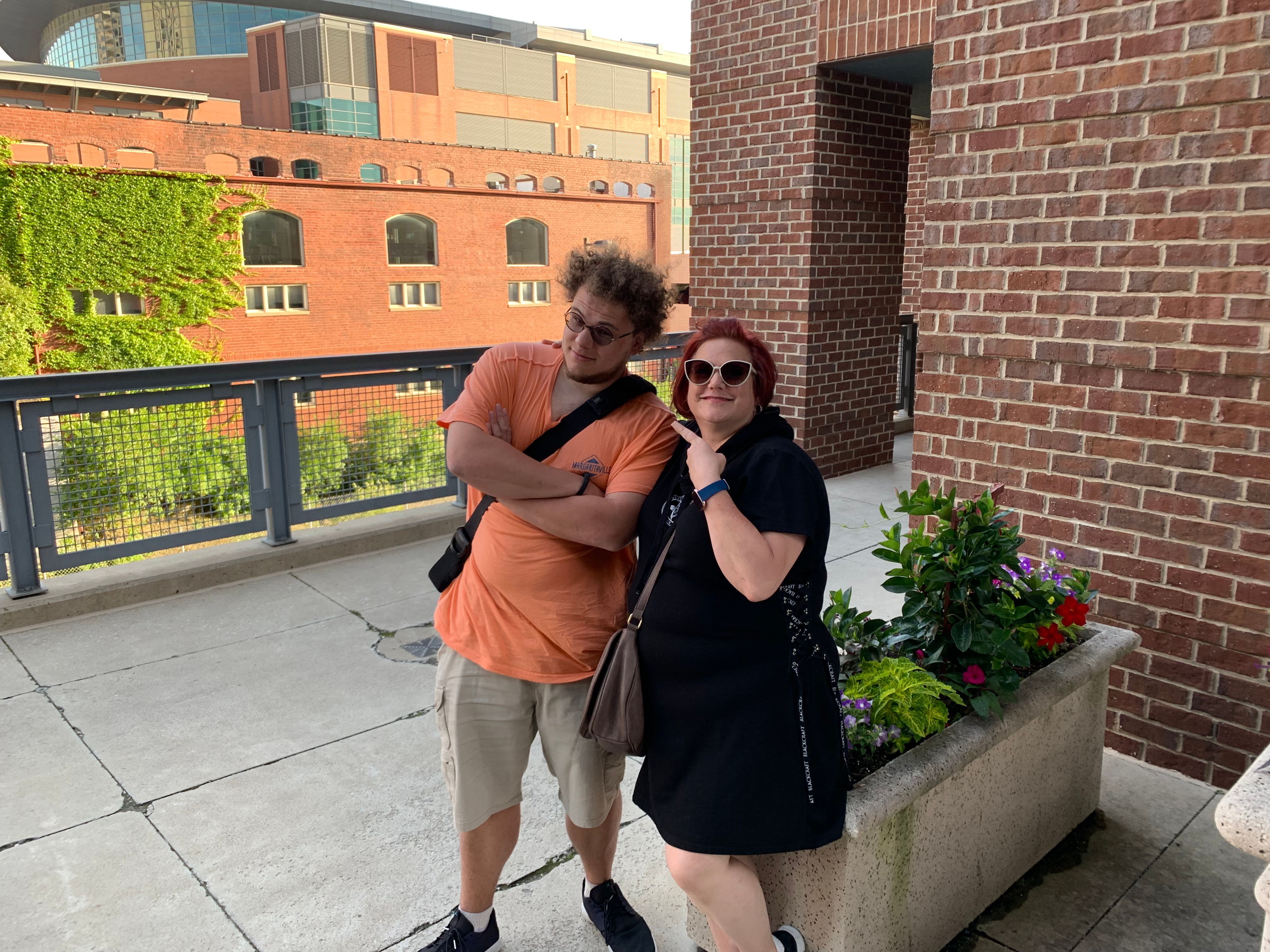 Hi! My name is Vicki and I am birthmom to Kevin, age 27. I have been honored to know him and his entire family his whole life and consider them all part of my family. I am married, live in the burbs with my husband and two cats, work in digital marketing and have worked in adoption in one capacity or another for almost 20 years!

I am writing this blog in July of 2020. For context, COVID-19 is still impacting most of the world and here in the US we are witnessing a social awakening on racism and the Black Lives Matter movement. My adoption has always been very intricately intertwined with race, and as our country continues to explore race and racism, I thought I would share my experiences with racism. I am white. Kevin’s (adoptive) family is white. Kevin is biracial.

Let’s travel back to the summer of 1993 and my 21st birthday. I had just out found out I was pregnant (not planned) and the birthfather and I (let’s call him Bob) sat down to tell my parents. I knew they would be upset. My mom was especially upset because I come from a long line of teenage moms and she did not want that for me. My mom is a birthmom herself and had placed my older brother for adoption when she was 16. Two years later she got pregnant again and married my horrible biological father and parented me. In many ways she married my biological father to get out of the home that made her place her first born son. Then, all these years later her vote was for me to place my first born. My mom was 100% for adoption.

When Bob and I went to tell my parents that we were pregnant and we planned on parenting, it was civil, on the surface. We had lunch, rationally discussed the situation and left saying we would talk more. Sounds like it went well, yes? It did not stay civil for very long; from there it went terribly wrong.

That is the day I found out my dad’s side of the family were a bunch of racists. I did not know my family was racist. How would I know? My best friend was one of the only Black kids in my school, we went to homecomings and prom together. We slept at each other’s houses. I literally did not even know racism existed. In fact, I argued with my best friend Black dad that the KKK still existed… to me it had to be ancient history. I was so young.

I am not always comfortable talking about this. I am a white woman telling my story of racism. Which I know, 100%, is nothing compared to what Black people go through just walking around being Black. The issue my dad and his family had was that I had blackness inside me.

The first thing that happened is my dad told me a black child would never be allowed into his home. Ever. We yelled, we screamed. What do you mean, I said? “I can never visit or come home again?” … not if I had my black child with me was his answer. I was devastated.

Then my paternal grandparents started hanging up when I answered the phone at the house. (we had landlines back then!) They would call back and one of my parents would answer and they would continue the call. I was then told that my grandparents wanted me taken out of the will… so that a Black person could never inherit the “family land”. The “family land” was nothing special. My dads’ family can follow their roots way back to the first European settlers and owned part of a mountain in the panhandle of Maryland near West Virginia. It is beautiful, but it is also in the middle of nowhere and mostly has sentimental value.

My world was turned upside down! I was 21 years old and pregnant, not married and scared out of my mind. At the same time, I was learning the ugliness of racism and found out my family were not the people I thought they were. I was officially disowned for being impregnated by a Black man. I was heartbroken.

I struggled through this, I considered suicide thinking no one would want my child that I loved so much. In the end, I placed my son for adoption. Not for my racist family, but for Kevin and myself.

This impacted my life in such a profound way that I became a different person. This is one reason race has played such a big part in my life and why I have always tried to do my best at being an anti-racist.

Years later, when sharing my story and pictures of my son, I would hear comments like these: “He is so light, why was it a big deal?” or “He does not even look black.” Kevin’s birthfather is bi-racial, making Kevin light. I really despise these types of comments. It invalidates racism. It invalidates everything I went through. These people are saying that if a Black person has light skin they are somehow better than dark skinned Black people? Should I have just told my family “Oh, he will not be that black, you guys will like him!” GRRRR…. I do not have to explain colorism to you.

I lived in a bubble, I see color now, but at 20 and 21, I did not. This is the first time I experienced racism firsthand. Racism for a perfect, beautiful UNBORN child that had never hurt anyone. A child I loved with all my heart and could not even fathom why color was part of the discussion. It eclipsed everything else and became the most core issue in my family during my pregnancy. Not how to take care of my baby or what would be best for my baby but what are we going to do now that Vicki has sullied our family name having a Black baby.

My dad came around and told me he would not have followed through with his threat of not letting me into the house. I have never spoken to my grandparents about their part in all of this… we pretend it never happened. I am still going to inherit the land one day… and since I did not have more kids, my plan is to give it to Kevin when I die, if he wants it.  Sounds like poetry to me.